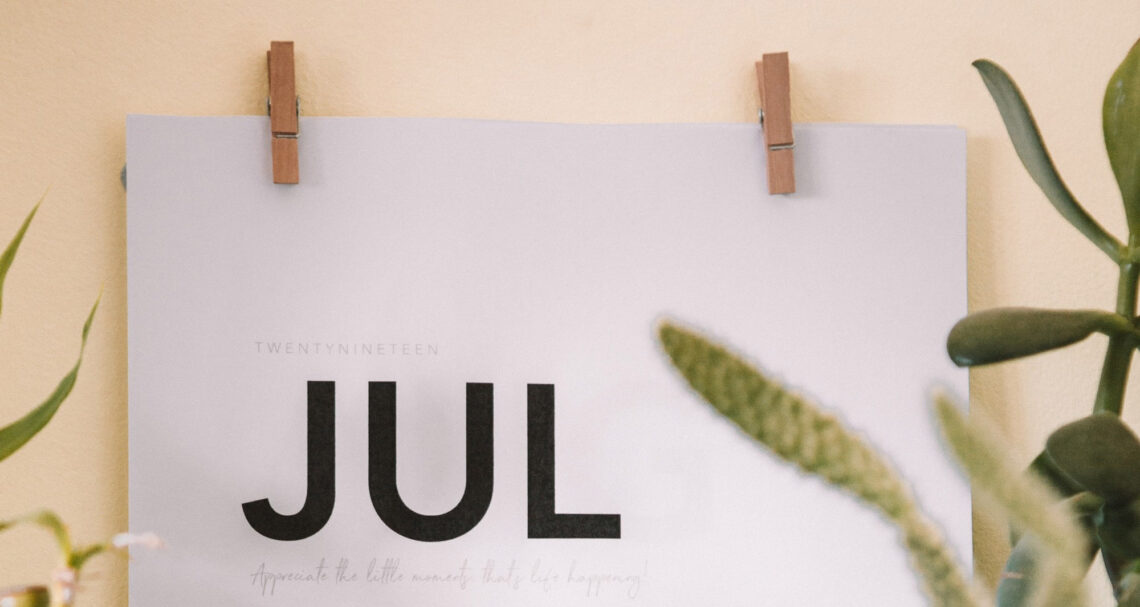 I’m sooooo fed up with my lockdown routine, but I can’t get out of it. When I’m not at work, life is just just a constant routine of watching TV, eating food, missing life pre-covid and wishing I was doing more. I’m slowly doing different things, seeing my social bubble infrequently, trying to do nice things round the house. But it’s not the same. When will it go back to normal?

This is what I liked and loved during another month in lockdown.

I watched a lot of TV this month. Mostly shows that my sister has been telling me to watch for years, like Atypical on Netflix. It’s a sweet 30 minute television series which focuses on the life of Sam Gardner, an 18 year old boy with autism, and his family and friends. It’s funny, sad and got a good heart. I especially enjoyed season 2 and 3 because there are more actors in the show that have autism, which is great for representation.

July started on a high with the Original Broadway Cast recording of Hamilton being released on Disney+. It was stunning. Obviously being officially recorded and released it wasn’t like a bootleg recording of a show, the camera angles made it easier to see the main focus of each moment and it felt like something pretty special in terms of making theatre accessible.

Being a Hamilton fan anyway, I really enjoyed seeing the original cast I only ever dreamed of being able to see perform these roles. After watching it at home I then fell down the hole again of admiring this impressive cast. It included listening to music from all the performers and here I found the debut album from Anthony Ramos, which is right up my street.

I especially love Mind Over Matter (even more so because the music video features him and fellow Hamilton co-star and fiancé Jasmine Cephas Jones) and Relationship. He’s a talent.

I’d always seen this musical on playlists on Spotify, but never listened past a couple of songs because I had no reason to be invested. Looking up more music by Anthony Ramos led to me watch it on Youtube. It’s a short musical based off an episode of the podcast This American Life which is also written by Hamilton creator Lin-Manuel Miranda, and made for a quick bit of entertainment one lunch break. The soundtrack is particularly catchy too.

Whyyyy did it take me so long to watch this hilarious mockumentary from creators Daisy May and Charlie Cooper. It has me genuinely cracking up laughing every few minutes and is so well made. Watch on iPlayer.

I’m by no means even at moderate level let alone expert, but I finished off a cross stitch that I started when I was a teenager during lockdown and I really enjoyed it as another way to make use of my time. I’ve purchased some more material to try some more in hope that I become relatively good at it and it’s another thing to do in my spare time instead of sitting in front of a screen.

I May Destroy You

Unless you’ve been living under a rock, you must have seen online talk about Michaela Coel’s extraordinary television series I May Destroy You, which completely redefines the way sexual assault is depicted on screen. I’m usually quite hesitant watching something which I know features sexual assault, unless I am prepared, but with this I found it handled the topic really sensitivity. I also think that the additional topics it raises are things that have never been done before on TV. For example I loooved how open it was about periods in episode 3.

I know I say things are special a lot, but I May Destroy you is truly one of the best things I’ve seen on TV this year. Outstanding. Watch the whole thing on iPlayer.

I use to play Ty on the PS2 with my sister when I was younger and I loved it, even though I would have to call our family friend to come round and beat any bosses for me because I hate the pressure. It’s been restored and re-released on the PS4 store so I bought it and have been having a great time with it. I’m much better at it than I was as a kid, even though I still despise the underwater levels.

I went on and on and on last year about my love for Taylor Swift’s 2019 album Lover. So much so that I was feeling really hesitant when she suddenly dropped in July 2020 that she was releasing a new album called folklore, which looked like it had the opposite aesthetic to Lover.

Because I loved Lover so much, I think I tried really hard to not like folklore. It’s mostly sad songs and it’s not what I think my emotions needed in the middle of a global pandemic. After a few days though, I’ve warmed up to a few songs. Mostly: exile, august, this is me trying, and betty. The love triangle songs are lovely (though august and betty are better than cardigan in my opinion) and exile has such gorgeous lyrics and vocals from Bon Iver and Swift.

I’m sure in a few weeks I’ll love even more songs.

I watched a lot of good television this month, which made it into my main list above. I also watched the first season of The Umbrella Academy (more of that in my next favourites, as season 2 is much better) plus Chewing Gum (also from Michaela Coel).

However I watched a handful of great films that I’ve meaning to watch for ages like Interstellar (how did it take me soooo long to watch this and how did I avoid spoilers!), Whiplash, and The Handmaiden. 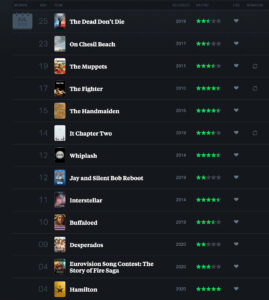 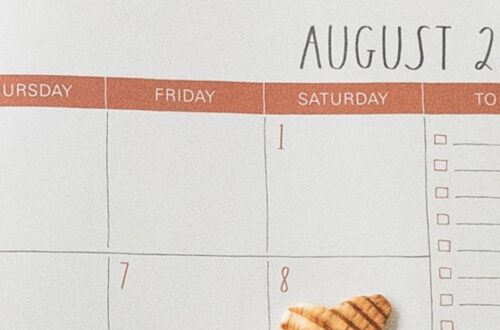