Groundhog day has officially settled in. I don’t remember what the day it is. Lock down rules are easing, but there’s still not an awful lot to do apart from watch TV and films, and play games. I could clean, but no one wants to clean in a pandemic!

These are some things I’ve dedicated time to in June, that isn’t cleaning.

Early on in the month I finally finished watching the incredible Schitt’s Creek (on Netflix in the U.K.).

I think my life will be forever changed because of this progressive and loving town, created by Dan Levy. The characters are written exceptionally, even if they’re a bit odd they feel so real. They’re played well too, which is where most of the charm comes from in the show.

If you haven’t seen it, I recommend it. I also loved the little doc available on Netflix too, Best Wishes, Warmest Regards: A Schitt’s Creek.

Going through my recently played, I can’t find any new discoveries or new releases I’ve had on repeat during June. The only thing I seem to be listening to a lot is Noah Reid’s version of Simply The Best, which his character Patrick sings in Schitt’s Creek to his boyfriend David.

Probably the last person in the world to finally watch this, but I finally watched all of Killing Eve on iPlayer. I now understand the hype. The first season especially was gripping. Jodie Comer and Sandra Oh are royalty among us.

I miss seeing live shows. By now, I had planned to see something new at the West End but sadly that’s not happened. We have been truly blessed with the National Theatre’s free shows on Youtube each week. My favourite one by far has been the adaptation of Small Island.

I read the book at university and really enjoyed it, it was one of my favourite books to study. This stage adaptation of Andrea Levy’s novel captures every message from the book well, plus the sets are gorgeous and the acting is fantastic.

My reading goal s going well as I’m in a steady (though not consistent) rhythm of reading, so this month I wanted to educate myself further on black perspectives. After seeing someone online say that they read Queenie by Candice Carty-Williams in only a day or two, I looked it up and saw that the synopsis sounded like my ideal book. A first person narrative about a young woman going through life in the modern world is exactly the type of book I love to devour, apart from this time the protagonist is black which is different to the books I usual read. I am ashamed to say I haven’t read many books by non-white authors and, because of that, very few protagonists in the books I’ve read have been non-white. I don’t know why this has happened, however I am committed to rectifying it.

Queenie and I are the same age, live in the same country (her in London, myself in the Midlands), during the same decade, but our life experiences are extremely different. It’s important to listen to these other perspectives, especially in genres or styles that I am a fan of. Though it’s fictional, Queenie feels real like I’m reading a memoir at times and I could easily read about the rest of her life Carty-Williams writing is that engaging.

Another step to educating myself was listening to Reni Eddo-Lodge’s About Race podcast and reading her book book, Why I’m No Longer Talking to White People About Race. I listened to it on Audible as I read along as I had another credit to use and it helped, as the book tackles a lot of important topics which require your full attention.

It’s a must-read, not only because of recent protests and conversations but because we need to learn more about British History.

It’s been 4 years this month since the actor Anton Yelchin tragically passed away. I was a huge fan of his work, starting from a little teen crush when I first saw Terminator Salvation to being a great admirer of his acting talents as I grew into my film fanatic stages later. I found out the documentary his parents made about him, Love, Antosha, was on Prime so I finally watched it this month.

The documentary explores his love for film, both as an actor and film connoisseur, how he got into acting, as well as his struggle with cystic fibrosis. It’s wonderful to see so many filmmakers and creatives say nice things about him, along with snippets of his art and music. It’s a devastating film due to the fact Yelchin passed away so young and so tragically, though it’s also a beautiful dedication to his life.

Another find on Prime this month was this cute little queer teen film Dating Amber. It’s a standard setup, yet it’s refreshing to see gay characters central to the story. It’s a sweet 90 minute film that is guaranteed enjoyment.

I also rewatched the Twilight films this month, after years of seeing them last. I was so obsessed as a teenager! Why? 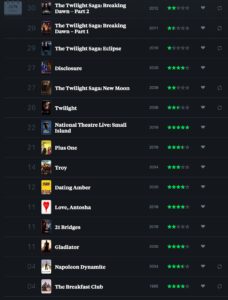 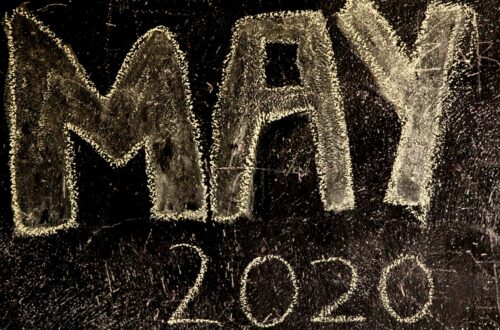 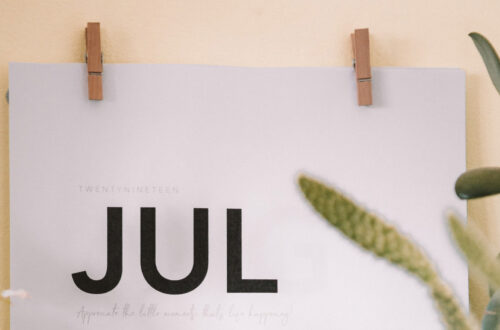 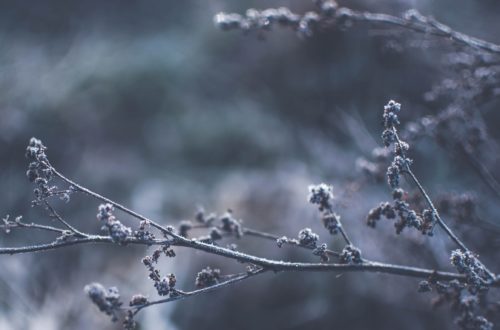