Of the 53 films nominated at the 92nd Academy Awards, I’ve seen 31 which is 59% and, I think, my highest pre-ceremony viewed percentage. For the top 6 categories (Film, Director, Actor, Actress, Supporting Actor, Supporting Actress, Original Screenplay, Adapted Screenplay), I’ve seen 95% as I’ve missed one of the 17  (Cynthia Erivo’s performance in Harriet).

It’s mostly the documentaries and live-action shorts I’ve missed, but not through avoidance. The majority of the films I watched last year anyway, so imagine how much more keen I’d be at hitting 100% seen if the Oscars were more exciting and diverse! I did go see Ad Astra specifically because everyone said Brad Pitt would be nominated and he was not! So at least that added to my stats.

See below for my dream winners ⭐️ and my predictions of the real result. The dream is for Parasite to win a couple and Florence Pugh gets Support for the best portrayal of Amy March there has ever been. Also hoping the devastating, exceptional For Sama scoops Best Doc.

Looks like the 35th Independent Spirit Awards had some good winners last night. Maybe next year I’ll focus my award season love on those! 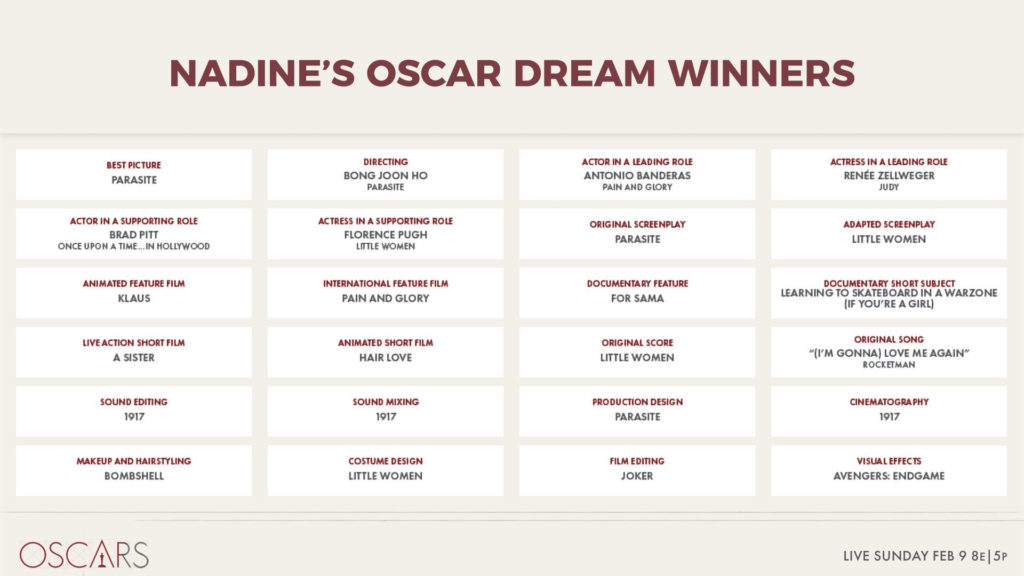 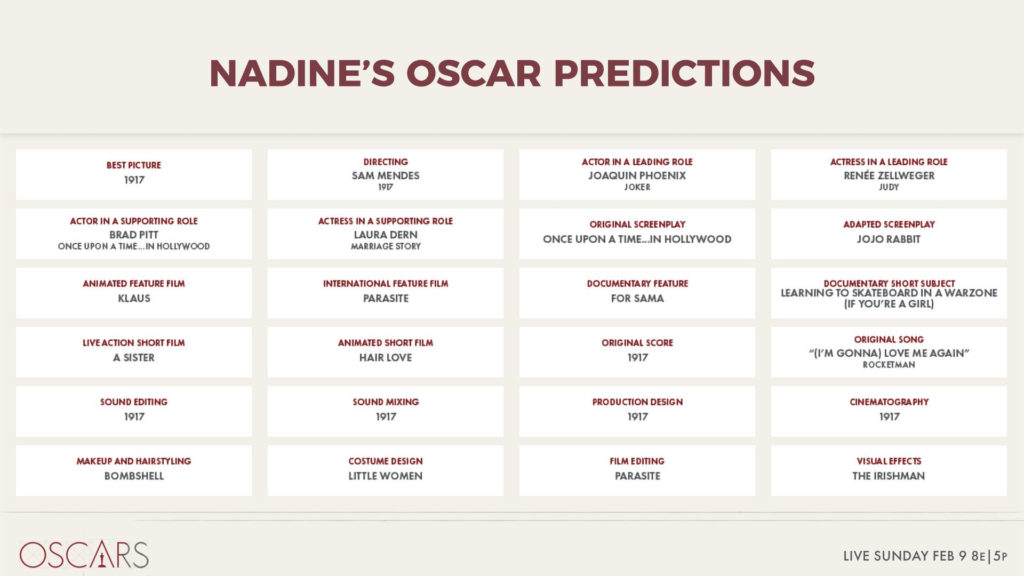 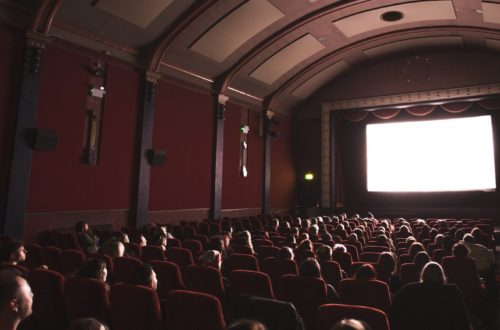