These monthly favourites are making time move even faster I’m sure of it. It’s been a whole year with this little blog of mine, plus a year since my first favourites. Looking back, I’m glad I do these to remember things I’ve enjoyed. I love October, it’s one of my favourites in general and this month especially I have discovered some pretty great things.

I don’t tend to stick with Ryan Murphy productions. American Horror Story is too scary for me, I didn’t finish Glee and I haven’t seen anything else he’s done. The draw to The Politician for me was the cast, including Ben Platt, Zoey Deutch, Lucy Boynton and Laura Dreyfuss, and the premise.

The show is clever and current, sassy and hilarious, frequently dark and addictive. It’s got great representation in characters and sexuality, and it feels natural. The Politician is one of those shows where everyone in it is on their best form, which I feel is just the start for a lot of this young cast.

I was already a fan of Platt from his small roles in Pitch Perfect 1 and 2, his beautiful voice on the Dear Evan Hansen soundtrack and for being Beanie Feldstein (whom I also adore)’s best friend. But this month I really have fallen head over heels in love with him. His talent! His mind! His Instagram! His clothes! The Politician led me to finally listen to his incredible debut album Sing To Me Instead and my heart has been happier since.

I adore the guy, I really believe he’s one of the planet’s best. This album, and his music in general, is beautiful. I particularly connect with the gorgeous love songs. Ease My Mind, Share Your Address, Run Away, but Grow As We Go is my favourite. I’m emotional just thinking about it. It’s about two people who got together young, or during a stage in their life where they still have things to learn about life and to evolve. The song/Platt explains that you can do this together. Lyrically and musically it’s beautiful, but Platt’s voice with it is one of the best sounds in the world.

Proper chuckles at this. Seeing his happy face over social media is positive anyway, but when the meme is being used exceptionally then even better.

Me and my sister hanging out like normal adults after beating the shit out of each other daily throughout our entire childhood pic.twitter.com/H4WCxeXXiX

She’s back! I have admired Selena Gomez since I was a Disney Channel teen, but her previous album Revival is one of my favourites from the last decade so I was thrilled to hear she had released new music. I like Lose You To Love Me, but Look At Her Now, the second single she surprised fans with, is a bit of me. She is so happy and I’m here for it.

I haven’t seen a personal record number of films in October or anything, but it was pretty good. 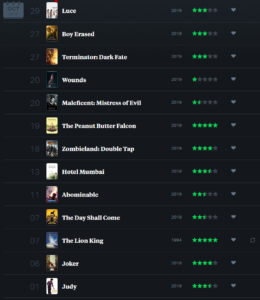 I started the month watching Joker, which felt like a big moment in cinema. Yes, the film is good and Joaquin Phoenix should be getting at the bear minimum nominations, if not awards, next season, but it’s a very emotionally unique film. It’s not a superhero film, although it may be changing the genre of superhero films, it’s just a very well made film. It broke my heart and I felt so numb after watching it. I don’t even know if I want to watch it again, though that’s not because it’s not good rather the opposite.

I travelled extra miles to seek out The Peanut Butter Falcon, after hearing good reviews. I’m glad I did, because it’s wonderful and has become one of my few 5* films of the year. It’s a simple story of two strangers travelling together who slowly bond and find themselves. It’s been done before, but The Peanut Butter Falcon does it so well it feels somewhat original. Shia LaBeouf and Zach Gottsagen are outstanding opposite each other, their eventual friendship is very sweet and real. Also, LaBeouf is incredibly hot.

This blog now feels shorter than I thought it would be, nonetheless I have loved all of these things alot.
Please follow and like us: 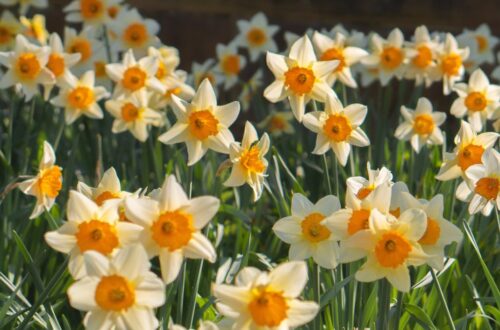 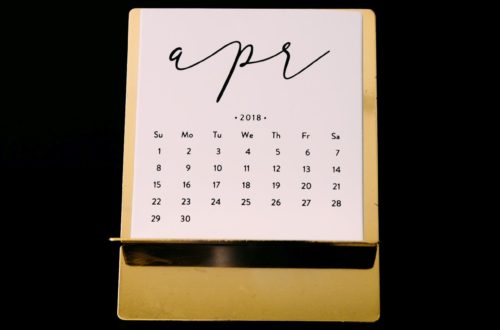